Is Your Saddle Fatigued? 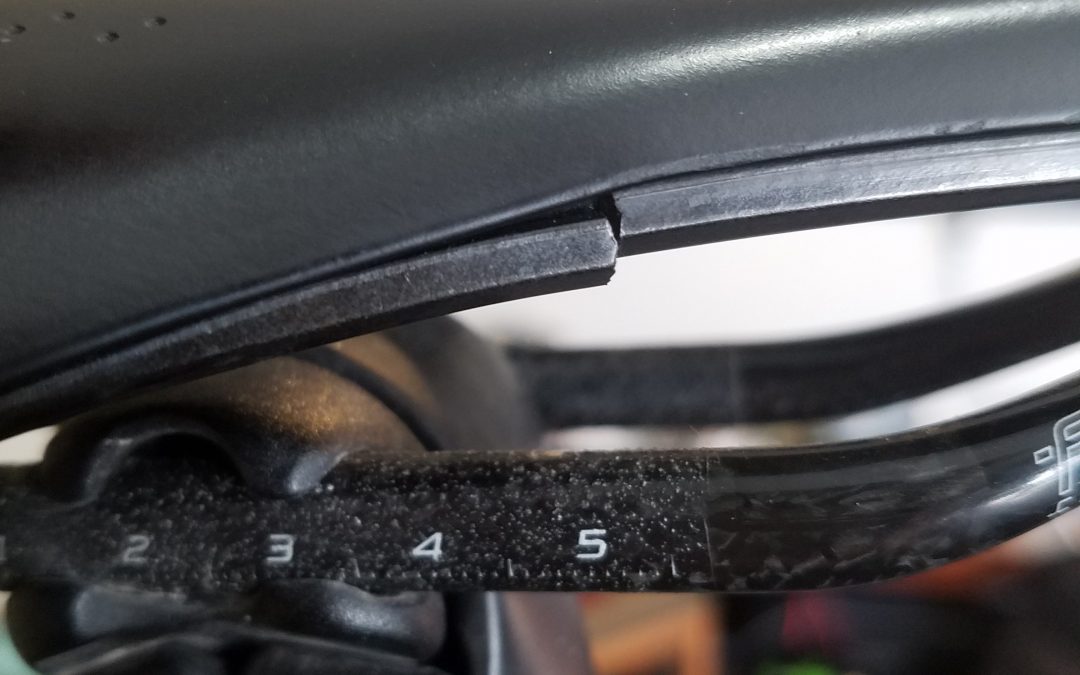 Is your saddle suffering from fatigue?  Does it have structural integrity, or is it a broken-down version of its former self, no longer able to provide adequate support and comfort?  Pelvic support and positioning is the center of the bike fit universe, from which everything else radiates out – down the pedals and forward to the hands.  If the saddle is not up to the task, that can have negative consequences elsewhere in the kinetic chain, as well as directly at the saddle contact area.

Many cyclists seem to assume that a saddle should last as long as the rest of their bike.  It won’t.  Saddles should be considered akin to a drive-train component – something that will wear out and need replacing.

Bike fitters know that there are many aspects of a saddle that need evaluation and attention, including the choice of saddle and the various aspects of saddle positioning.  But one aspect too often overlooked is the structural integrity of the saddle.  Assessing a saddle requires both careful visual inspection as well as hands-on palpation.  Often what is wrong with a saddle cannot be seen, but it can be felt.

If a bike fit client is complaining about discomfort on the saddle or back aches, or you observe pelvic instability or poor knee tracking, be sure to assess the saddle for soundness.  It is amazing how often a clue to a sign or symptom is right there in the saddle.

Common saddle ailments include bent rails, cracked shell, deformed rear support wing  (rear of saddle on one side) and foam padding that has lost its oomph. 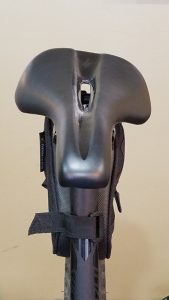 From the front of the bike look along the line of the stem and top tube to the saddle and observe the: 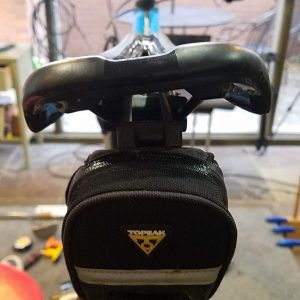 From the rear of the bike, look along the saddle.

Look down on the top of the saddle 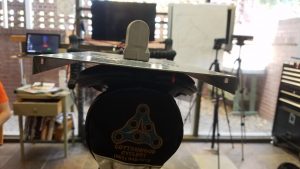 Inspect underneath the saddle.  I find a flashlight helps.  Look for: 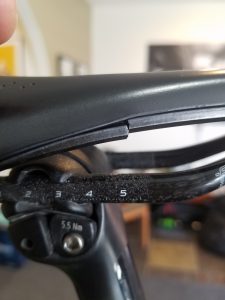 A saddle which visually appears to be fine can turn out to be a candidate for the trash can once you get your hands on it.  I use my thumbs to palpate along the saddle.

Press down on the saddle, including the rear support on each side, and along the nose including each side if there is a cutout.

Is there more give on one side than another?  This is often the first clue to a cracked shell, only visible from underneath the saddle. 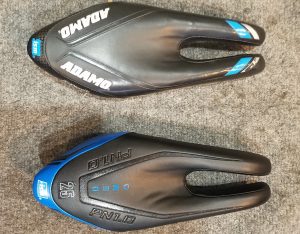 Same saddle brand and model. The foam in the old saddle (top) has no resistance to pressure at all.

How does the padding feel?  Is there resilience to your thumb pressure or does it just give way?  If the padding feels very mushy, it is likely the foam padding has broken down and is not providing the intended support it used to provide.  If you are using a pressure mapping system, fatigued foam will often show up as relatively low pressure across the whole saddle, rather than pronounced pressure differentials.  The fatigued foam in the saddle is not supporting the rider in the desired areas, and migrating too much pressure to the undesired areas.

Finding the cause helps provide a solution

If you can identify through sight or touch aspects of a saddle that indicate a loss of structural integrity, the saddle is no longer up for the task and needs to be replaced.  This may be with the same model of saddle or a different one, depending on the broader issues at hand, rider preference and saddle availability.

I recently solved a clients saddle woes by having her replace a 10 year old saddle with a new one that was exactly the same model.  This was a popular woman’s saddle with a lot of padding.  Ten years accumulated riding on the original saddle had broken down the foam to the extent it was no longer providing support in the right places, and migrating pressure to the wrong places.  The saddle had been good, until it wasn’t, indicating that the model of saddle was a good choice.  In other situations a different shape of saddle may be warranted.

The Life of a Saddle

How long can a rider expect a saddle to last?  As with any bike component, there is a wide range in material selection, design, and quality of product.  Often lower cost bikes come with lower cost saddles made of cheaper materials with a shorter lifespan.  I’ve seen saddles 2 years old that were toast, whereas an 8 year old saddle could be perfectly fine.  Saddles with a lot of foam filler have a shorter life span than a firmer saddle, due to age related deterioration of the foam.

When dealing with saddle issues and in fact any bike fit issue, make sure you rule out – or identify – the saddle as a potential culprit by looking carefully at it and giving it a good prod.  This can lead to a vital “ah-ha” moment.